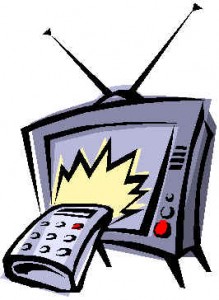 I recently watched a fascinating documentary called “Fat and Back”. It charted a year in Paul “PJ” James’ life as he aimed to gain 50% of his body weight in six months and then lose it in six months.  PJ is a very successful fitness trainer but he had never been overweight and so couldn’t comprehend the difficulties that overweight people faced not only in losing weight but in everyday life.

The first thing that shocked me was PJ giving up exercise completely while he gained weight.  That sent shivers down my spine, and I haven’t dedicated my life to fitness as PJ had.  I do wonder how much that affected him, because as he gained weight, he certainly showed signs of depression and at one point a doctor urged him to stop because of his mental health.  PJ showed how easy it was to become addicted to junk food as he struggled to eat clean. He also had an inkling of how nervous overweight people can be as they go to the gym for the first time.

I have to admit I wasn’t as interested in seeing PJ take on a client, as I didn’t see what value it added to the programme.  But overall it was a good watch.  And it did make a personal trainer (and hopefully his colleagues and friends) realise the problems that overweight people face when trying to lose weight.