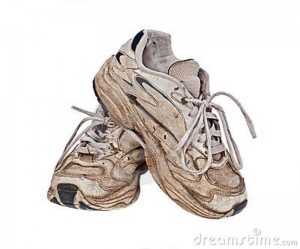 I do realise that considering this is a running blog I haven’t really blogged much about running.  And I have actually been running-regularly 3 times a week since this blog has started.  So I thought today’s update would be a little bit about me pounding the streets.

At present I am following a couch to 10k plan.  I have downloaded an app and merrily follow it.  It’s very simple-it literally tells me what to do and when.

My rationale behind this was that I’d like to be doing 10k comfortably by the turn of the year as that is when my marathon training starts.  I was lucky enough to get a prized ballot entry to the London Marathon 2013.  However I decided to defer it to 2014 (I will tell you the whole tale one day) and wanted to be in better shape than I was at the turn of 2013.

So I have started on this plan and have done six weeks out of fourteen.  It has been 3 times a week and a mixture of running and walking. It’s been very enjoyable thus far, and certainly I would recommend it to anyone aiming to go from couch to a 10k.

With the running, healthy eating and other gym activities I am feeling well at the moment.  One of the reasons for wanting to shift the lard is so I don’t have to carry it around 26.2 miles!  And maybe I’ll even get a little quicker…